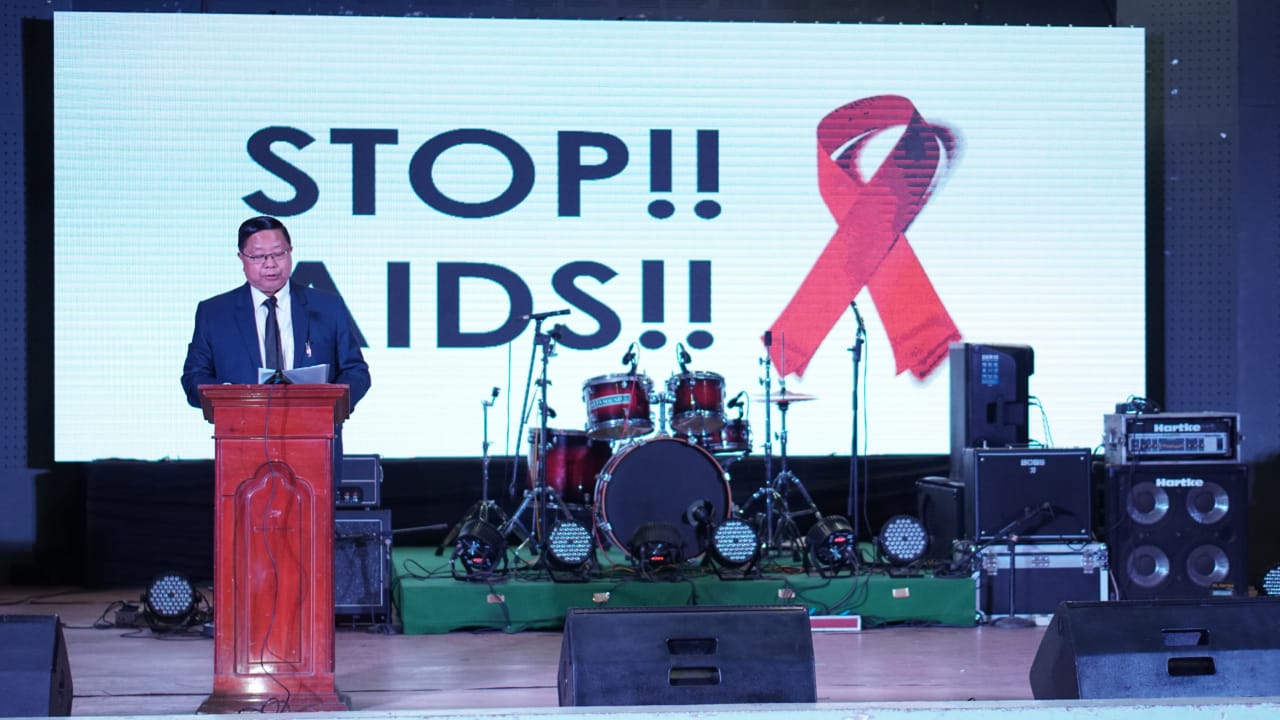 Speaking on the occation, chief guest, the Minister of Health and Family Welfare Department  Dr. R. Lalthangliana invites greater involvement of civil societies in general and PLHIV and communities in particular to strengthen the effort of the Government to combat HIV epidemic in the state, the adult prevalence rate of which  is the highest in the country, as the theme of the day suggested that ‘Communities makes difference’

The Health Minister also highlighted that he held very thorough meetings with important church leaders and the largest NGO – Central Young Mizo Association committee members, and the association leaders of Indian Medical association and Mizoram Government Doctors association recently in his office chamber. He expressed his optimism that within 4 to 5 years Mizoram will be one of the top performers to reverse the rising epidemic of HIV in the country.

Delivering a welcome address the Health Secretary of the Health and Family Welfare Department, Shri H. Lalengmawia who is also the Chairman of Executive Committee  MSACS, stressed the importance of leading an exemplary life not only for the church leaders, but also for parents and the communities.He hinted the posibility of lack of responsibilies on the part of social leaders and lack of self control as the main reasons for the rise of HIV prevalence in the state.

Secretary of the newly formed Doctors Against HIV/AIDS (DAHA) Dr. Chawnglungmuana speaking on the occation felt that larger part of medical community in Mizoram neglected the issue of HIV/AIDS in the state for a number of years and thanked the hon’ble Health Minister for reviving the pressing health issue of HIV in in Mizoram. Doctors Against HIV/AIDS (DAHA) consisted of Mizoram Govt. Doctors Association leh Indian Medical Association, Mizoram State Branch.

Delivering a vote of thanks, Dr. Lalthlengliani, MSACS Project Director stated that eventhough HIV is still a perilous disease, it is completely preventable through abstinence in sex and intravenous drug use.